This graph shows the total number of organ specifications, pictures and audio files delivered to users during each month in 2012. The total for December may have been inflated by the IT department at the RCM trying to break the NPOR. 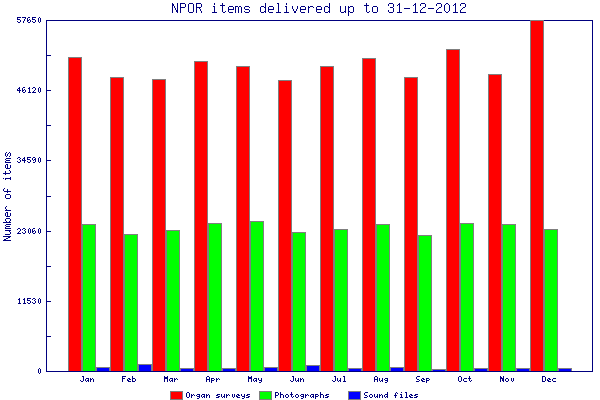 Number of searches performed on the NPOR, BOA and DBOB

This graph shows the total number of searches of each type performed each month during 2012. 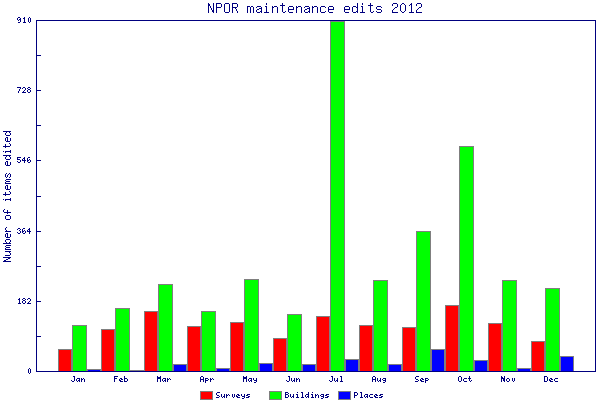 This graph gives additional information about maintenance activity and shows the number of new surveys, pictures and audio files added each month during 2012. These figures are approximate. 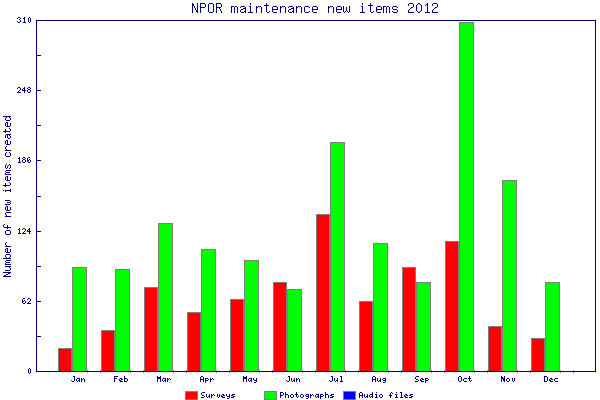