This graph shows the total number of organ specifications, pictures and audio files delivered to users during each month in 2015. The NPOR software and database were re-designed and re-written during 2015 and the new version was installed in September. As part of this work the statistics became more accurate which has resulted in the totals being smaller now that probes and search engines are more effectively removed.

Number of searches performed on the NPOR, BOA and DBOB

This graph shows the total number of searches of each type performed each month during 2015. 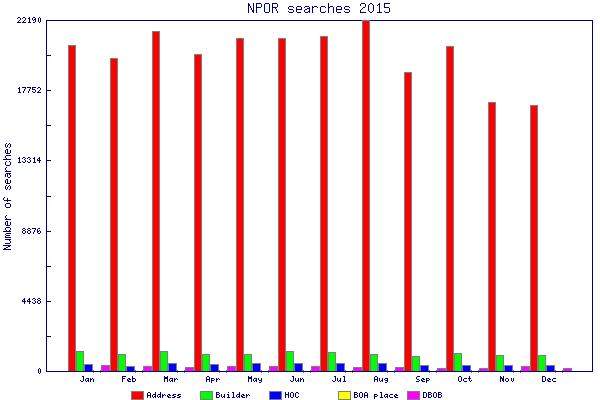 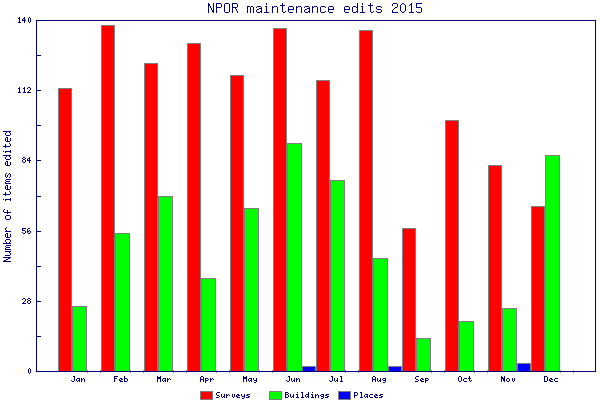 This graph gives additional information about maintenance activity and shows the number of new surveys, pictures and audio files added each month during 2015. These figures are approximate. 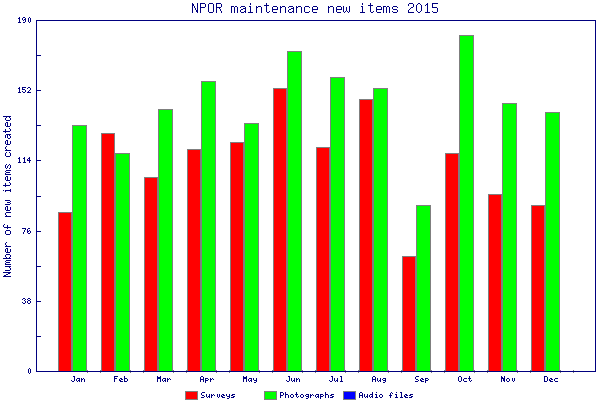